Forget cats with funny facial expressions and phrases ripped from self-help books then slapped on Pinterest pics, if you want a daily dose of feel-good in your Facebook newsfeed, then you need to like the page Humans of New York.

Photographer Brandon Stanton spends his days roaming New York City streets, interviewing strangers and taking their pictures for his site and Facebook page, HONY – as the cool kids call it. In Stanton’s own words, here’s how it began:

My name is Brandon and I began Humans of New York in the summer of 2010. HONY resulted from an idea that I had to construct a photographic census of New York City. I thought it would be really cool to create an exhaustive catalogue of the city’s inhabitants, so I set out to photograph 10,000 New Yorkers and plot their photos on a map. I worked for several months with this goal in mind. But somewhere along the way, HONY began to take on a much different character. I started collecting quotes and short stories from the people I met, and began including these snippets alongside the photographs. Taken together, these portraits and captions became the subject of a vibrant blog. With hundreds of thousands of followers on both Facebook and Tumblr, HONY now provides a worldwide audience with daily glimpses into the lives of strangers in New York City.

Everyone has a story, but there’s something about New York City, which prides itself on its diversity, that makes HONY more compelling than it might if it were based in any other city in the country. Just scroll through the site and you’ll see mocha-colored skin next to white, parents holding brand new babies next to faces lined with age.  The page is a great reminder that everyone has had a struggle, a dream, a disappointment, a love.

You can’t help but fall in love with these people via a snapshot of a moment in time in their lives and an answer to a simple question like, “What advice would you give to a large group of people?” or “What was the saddest moment of your life?”

And don’t even get me started on ‘Today in microfashion.’ 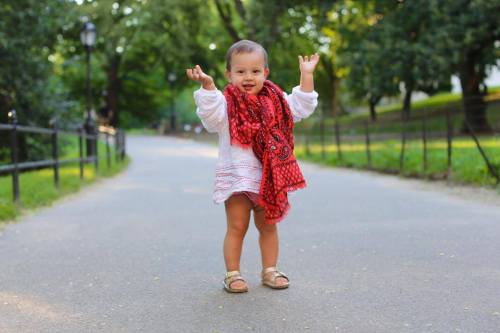 In October, Stanton will release a book of his HONY photographs. I already preordered a copy and you should, too. And in the meantime, make sure you follow the site and Facebook page. 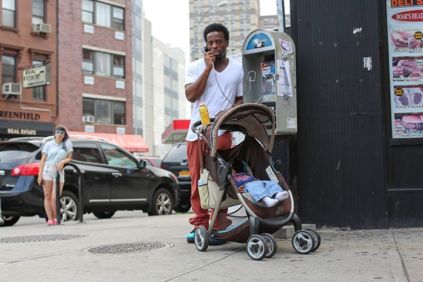 “I’ve got what I want. I’ve got a place to live, a girlfriend, and a child. My biggest struggle is just figuring out how to maintain.”

“If you could give one piece of advice to a large group of people, what would it be?” “Pay attention.” “What’s something in your life that you wish you’d paid more attention to?” “My education. And my jobs. I lost some good jobs because I didn’t pay enough attention to them. I once had a great job with the phone company fixing teletype machines. I was lucky to get it, because I was colorblind, and couldn’t tell the wires apart. But they made an exception and hired me.” “How’d you lose the job?” “I got in with some guys at the company who were doing heroin. And I just missed too many days of work because of it.” 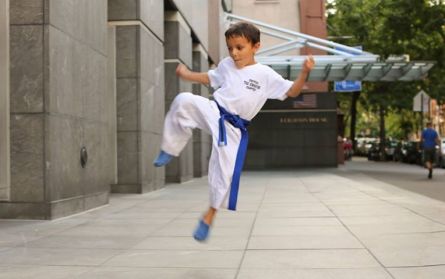 “Do you want to see a flying side kick?” “I absolutely do.” 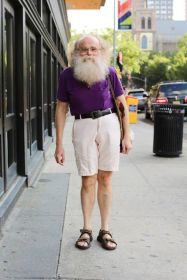 “I really enjoyed The Mists of Avalon, which is a retelling of the Arthurian legends from the perspective of the female characters.”

“What’s the hardest part about being a Dad?” “Probably just realizing that my time with him is going to run out.” 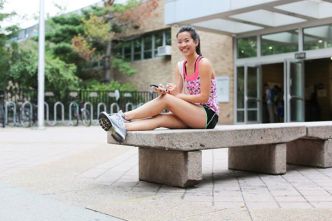 “If you could give a piece of advice to your teenage self, what would it be?” “Trust your gut.” “When’s a time you didn’t trust your gut, but you wish you had?” “Billions of times romantically. But don’t write ‘billions.’ That makes me sound like a train wreck.”

“I’m an artist. I paint murals.” “What would you say to a young artist?” “Fuck the rules.” 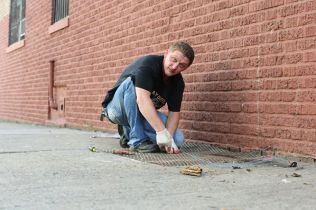 “I went to college in Poland for banking and economics.” “Why didn’t you work in those fields?” “When I came to America, I didn’t speak English well enough for those jobs. Then I had my son. And you know, when you have a family, you’ve got to work.” 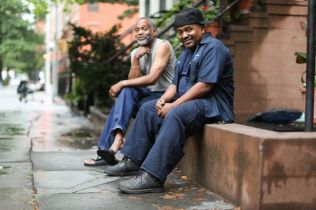 “What’s the most frightened you’ve ever been?” “That time the cops brought me home and my mama whooped my ass.”